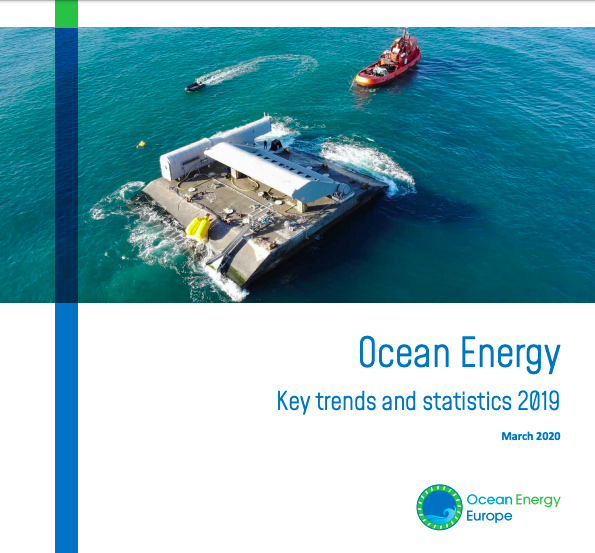 Europe is still leading the TidalEnergy pack in terms of capacity and technology. Revenue support in other parts of the world is opening up projects – most using European technology – and boosting the overall global capacity

2019 was another busy year for wave energy developers, with several new devices hitting the water, while tidal stream installations slowed as developers gear up for pilot farm deployments in 2020.

Power generation from Europe’s pilot tidal stream farms went up a gear, with exports to the grid up 50% on 2018 figures.

Three full-scale devices were deployed in Europe in 2019 as part of demonstration projects. The tidal turbines deployed by the Swedish developer Minesto and French outfit CMN HydroQuest are both high-capacity (> 500 kW) devices oriented towards utility-scale markets. Also hailing from France, Guinard’s smaller tidal turbine is aimed at the community energy market.

These newcomers have opted for unconventional designs, such as tidal ‘kites’ and funnel-shaped casings to accelerate tidal flows, which can efficiently harvest tidal energy in areas with medium or low resources.

Find out more on www.oceanenergy-europe.eu.